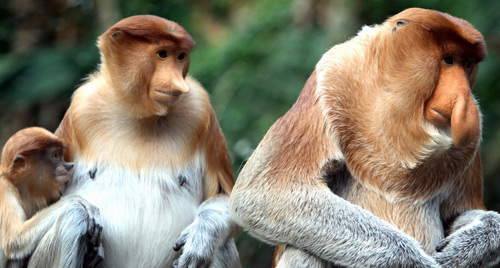 Banjarmasin city has written in world map since four centuries ago. During the Dutch colonization Banjarmasin city is area with autonomy and have representative area. And that take place is finite a period of Japan colonization. During transition (1945-1949) Banjarmasin become center power switchover since independence had proclamation. Banjarmasin now is preparing various areas covering: Administration, commerce, port town, education and tourism.
[ more ... ]

Banjarbaru regency is one of regencies in South Kalimantan that has many kinds of tourism objects, such as; Pedulangan Intan Cemara that has diamond tray area; Lambung Mangkurat Museum, which collect many kinds of historical objects, etc.
[ more ... ]

Banjar regency has many tourism objects that very interesting, such as; Matapura town, which become a diamond town; Riam Kanan Lake with its natural beauty, Mount Kahung and its dale that has grafity the adventure instinct.
[ more ... ]

Hulu Sungai Selatan regency is one of imteresting area because it has many tourism objects, such as; Mosque Su’ada, Loksado Area that located in mount Meratus, and Haratai waterfall, which is a beautiful recreation place.
[ more ... ]

Tanah Laut regency also has Batakan beach, which has beautiful panorama to be visited.
[ more ... ]