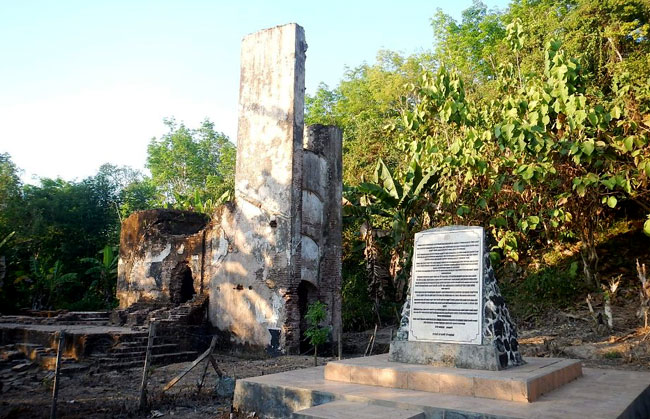 A historical site like Pengaron Dutch Fortress should be one of the most attractive allures of Banjar Regency. Another name is Oranje Nassau or the Golden Fortress and it resides in Pengaron Sub-District. To be exact, it resides in Benteng Village and has become an icon of that area. According to the locals, tourists often come to the site in order to learn the history of the fortress as well as to conduct photography. In order to get perfect information regarding the site, it is better to come with a local tour guide indeed. Still, here is basic information about it.

The Nuance
The fortress was once used by the Dutch Army as one of their bases during the World War II. The condition of the structure is not as good as before, though. It features woods and concretes, which look old at the time. Under the fortress, tourists may find a dark underground passage as well. It is said the passage connects to an exit that resides in Pengaron River! Still, no people have proven such story though. It is also said the passage has the length of about 4-5 km, passing through 3 different villages.

Exploring Dutch Fortress
It is common knowledge that the Dutch Japanese Fortress is famous for its history. No wonder, all visitors are likely to learn the story behind such historical building. According to the locals, there was a coal mine managed by the Dutch in that area. At the time, those people rented the land from Sultan Adam. They used the coal as the prime fuel of their navy actually. However, the locals didn’t like the presence of invaders and they tried to get rid of those people from their land. No wonder, Banjar War occurred due to such dislike.

Aside from learning the history of the Dutch Fortress, visitors are able to enjoy sightseeing and exploration on the site. The thing is that the structure looks old and damaged. Despite the condition, it is worth to explore! Perhaps some tourists are interested to get in the underground passage, no? It is possible, but the nuance is too dark and a little bit scary. Thus, it is better to stay outside.

As for the tips, tourists should consider coming with a tour guide. Not only he may tell them about the history of the site thoroughly, he also helps them to explore the fortress in a more efficient manner. It may cost some money, but the service is indeed helpful for everyone (especially for first-timers). Plus, he may show the way to get to a nearby historical cave as well.

How to Get There
It is considered easy to reach Pengaron Dutch Fortress. For those coming from Martapura City, they can directly head to Pengaron Sub-District and visit Benteng Village afterward. The whole trip may take about 1 hour and 20 minutes, as the distance is 46.3 km. As for the best route, it is none other than Ahmad Yani Street.